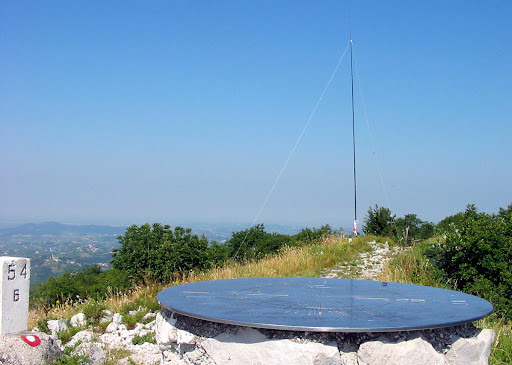 QSO time
Can you imagine coming on SOTA and not having place to erect antenna? And not because of too small place but because the state border is running above summit.
On Slovene side is only narrow 2m belt and than precipice. Interesting! I still succeeded to get antenna in S5 ( except for one anchors) but my ass was in IV3.
I swear, the station and el.key were in S5!

Area
Sabotin is 609 m high hill above Nova Gorica or Solkan, on frontier between Slovenia and Italy. Famous Solkan bridge after river Soča stands next to his foot of a mountain, above all is Sabotin known round inscription Naš Tito (Our Tito), that he isn’t there since 2007 any more. International road leads through Sabotin in Gorišek Brda, partly deceived also round Italian territory.

Sabotin-Peace Park
Due to its outstanding position, natural sights, and turbulent histora Sabotin is a mountain well worth a visit. In the project Sabotin-Peace Park, the area of Sabotin was set up to becam one of the most important excursion points in the Goriška region.Marked trails lead from the assigned starting points to caverns from WW I, which were prepared for visiors, while along the ridge with a beatiful views, a Theme Trail leads up to the ruins of the church of St. Velentine.
Above all, Sabotin is known for its role it played during the First World War as a prominebt mountain rising above the Soča valley and the town of Gorica.It is threaded with a system of trenches and caverns, build by Austra-Hungarian and Italian armed forces to fortify therir positions in 1915-1917 when this area was part of the Isonzo Front.
As regards fauna, Sabotin provides an important habitat and migration corridor for same rare bird species. The area of Sabotin has the status of natureal value of national significance. It has also been designated as ecologically important area included in the Natura 2000 network. 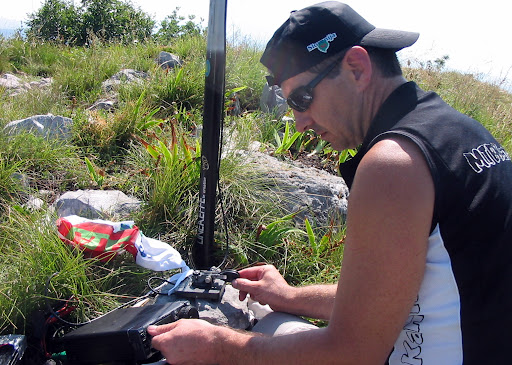